During my winter vacation in December, I was enjoying my time in my home away from the daily college routine. It was a one month long vacation.

I was selected to receive the scholarship by Tata Trusts & Google India for the Udacity Android Developer Nanodegree program. Thanks to them. So I was doing my first project known a Popular Movies under the program.

Java is my favorite language, and android development is based primarily on it. I really enjoyed developing my first app Popular Movies and I was so excited that I completed Part1 and major part of Part2 of that project withing the vacation only (actually its a 3 month project). 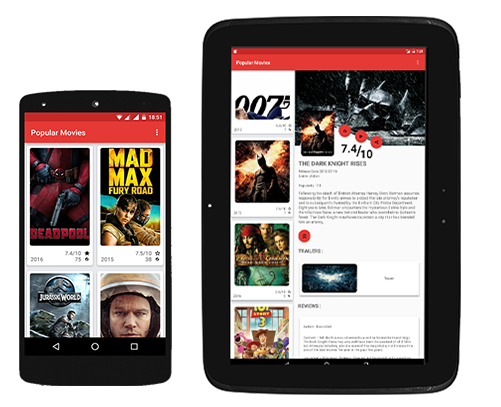 It was highly evaluated by certified Udacity code reviewer and was graded as “Exceeds Specifications”.

I have made the code open-source, you can have a look at here.

On March 1st, I launched my first app in Google Play Store. You can download it from here. It got popularized soon and by the end of March, it was leading the table of similar apps and by the end of April I had users from 15+ nations including India, United States, Indonesia, United Kingdom, Saudi Arabia, Argentina, China, Germany, Peru, Sudan, Jordan, Bangladesh, Canada, Egypt (according to Google Statistics of my app).

Thanks to the opportunity given by Google India and Tata Trust. 🙂

This site uses Akismet to reduce spam. Learn how your comment data is processed.